Stay Up to Date on News and Events 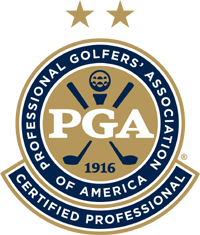 A Stroke or Not

Many situations arise on the course as to whether you made a stroke or not. The USGA defines a stroke as “the forward movement of the club made with the intention of striking at and moving the ball, but if a player checks his downswing voluntarily before the clubhead reaches the ball he has not made a stroke.”

The next time you count up your score make sure to count those “whiffs”.

The “practice swing” is another area where there is a lot of confusion as to whether it counts as a “stroke” or not.

First, you need to know what it means to “put a ball in play”. A ball is not in play when it is originally placed on the tee in the teeing ground. A ball is in play once you do a forward swing with intention of striking the ball. Whether you hit the ball or not doesn’t matter. Second, you need to know what a stroke is. As earlier explained, a stroke is the forward movement of the club with intention of hitting the ball.

Therefore, it is important to know if you made a stroke or not. This will certainly save you some strokes or be able to inforn your opponents.